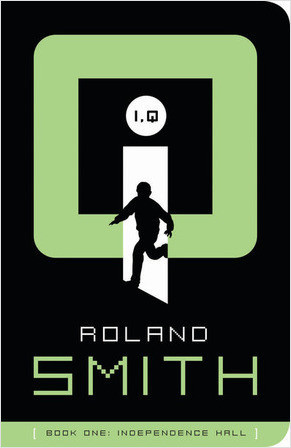 Thirteen-year-old Quest (Q) isn't sure he's ready for a new family. For a long time it's just been him and his mom, Blaze. But everything changes when Blaze falls in love with Roger and they start a new rock band called Match. Now they're married, have a hit record, and Match is going out on a year-long driving tour across the country. Q, along with new stepsister Angela, will take a year off from school and travel with the band. For now, home will be a luxury motor coach and homework will be a Web site diary of their travels. Perfect-Q can practice his magic tricks and Angela can read her spy novels. What can go wrong? As Q and Angela settle into their new life and new relationship as siblings, they start to notice that certain coincidences don't seem coincidental. For example, how does a band roadie named Boone find them in the middle of a desert where their coach just happens to break down? Why does a man from their parents' wedding keep showing up in the same cities they stop at? When they reach Philadelphia, Q and Angela realize this tour is definitely not the trip their parents had planned and that the "City of Brotherly Love" is full of mysteries and secrets that could threaten their new life together. In addition to his action adventure books, Roland is the author of many award-winning books for children including Journey of the Red Wolf; The Captain's Dog: My Journey with the Lewis and Clark Tribe; and Thunder Cave, which was a 1996 Notable Children's Trade Book in the field of Social Studies. His books with Sleeping Bear Press include W is for Waves: An Ocean Alphabet; Z is for Zookeeper: A Zoo Alphabet; and N is for our Nation's Capital: A Washington, DC Alphabet. Roland lives near Portland, Oregon.

One of my favorite middle grade publishers is Sleeping Bear Press, a publisher I first discovered at BookExpo America (BEA) a couple of years ago. I’ve loved every book of theirs I’ve read and was looking forward to giving Roland Smith’s I, Q spy/thriller series for young readers a try.

Although the first book, I, Q: Independence Hall, has many jobs—setting up the premise of the series, introducing us to the characters, and telling its own story—it never stalls and kept my attention from the beginning. Almost immediately, we learn that Quest Munoz (13) and Angela Tucker (15) barely knew each other when their rock star parents, Blaze and Roger, decided to get hitched on the eve of a yearlong concert tour.

The newly forged family plans to leave the wedding reception by tour bus, which will be their home for the next year. Q, our narrator, is used to cramped spaces because he and his mom lived on a boat after his dad, also a musician, left them years earlier. It’s going to be harder on Angela and her dad, who are used to stationery digs. From the very first day on the road, Q learns that life with his step-sister is going to be both better than he could have imagined and much, much more dangerous.

There is so much I love about I, Q: Independence Hall, starting with the characters. Q and Angela are good kids who are determined to make the best of their situation for the sake of their parents. But that doesn’t mean they are insufferable goody goodies. They stay up late, spend their allowance on forbidden cheeseburgers, and keep secrets from their parents. They also each have a special talent. Angela’s late mother worked for the Secret Service and trained her daughter in basic spy techniques. Q is an accomplished magician and loves card tricks. These skills come in handy when the teens are suddenly tangled up in a real-life spy mission.

It was stroke of genius that Roland Smith gives us two heroes. First, because the series has solid appeal with tweens of both sexes and, second, because Q and Angela can learn from each other, and neither kid has to have unbelievable superpowers

In addition, Smith created a scenario that works. Sure, it’s a bit far-fetched that two teens would be involved in a matter of national security, but the plot is so well conceived that readers quickly accept Q and Angela’s participation. Young readers will learn quite a bit about modern spies, terrorism, and history right along with Q and Angela. Instead of being scary, I, Q: Independence Hall offers good information about how governments work together to keep everyone safe.

I don’t want to say too much about the plot because it’s more fun to be surprised. Smith’s I, Q: Independence Hall is a great middle reader thriller, perfect for both boys and girls. The mystery is just difficult enough to offer some surprises but not so complicated that tweens will feel lost. Be warned: You’ll want to get all three books (I, Q: The White House, 2010, and I, Q: Kitty Hawk, 2012) at once because they end just as the next adventure is about to start.

In fact, can’t wait to read book two. At the end of the first novel, Q and Angela are on their way to have a private meeting with the president of the United States, who has invited their parents to the White House to give a concert. But what could the commander-in-chief want at two in the morning?

Don’t miss the very cool interactive I, Q website, complete with games, character lists, and a gallery. Parents, homeschoolers, and teachers can check out the curriculum guides for the series, including student packs and educator materials.

I was surprised to learn that there are many trailers for the first I, Q book (I didn’t look for videos for the other books). Most were made by young students as class projects. This one is spoiler free and treats us to the iconic James Bond theme song. Enjoy.