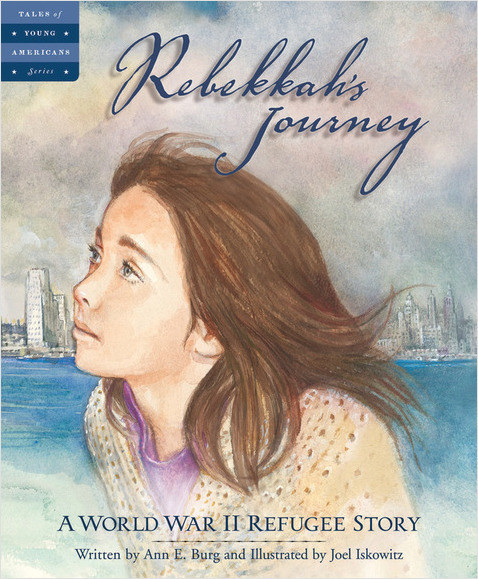 In 1944 a vacant army base in upstate New York became the temporary home of over 900 men, women and children who had fled Europe towards the end of World War II. With little more than the clothing on their backs, Rebekkah and her mother are just two of the many refugees who come to live in the camp. Adjusting to a strange new world and a new language, Rebekkah puts aside her own fears to try and recreate tiny bits of home for her mother. A fictional story based on the real-life experiences of surviving refugees, Rebekkah's Journey shares the illuminating story of one refugee's arrival on America's shores.

Joel Iskowitz has created hundreds of book covers, a dozen children's books, and more than 2,000 postage stamps worldwide. His artwork has appeared in many international journals including Watercolor Magazine. Public collections include NASA, the United States Air Force, and the Museum of American Illustration. Mr. Iskowitz received the NOAA citation for his Space Philately and the National Endowment for the Arts designated him a Master Designer for the United States Mint. He lives in Woodstock, New York.