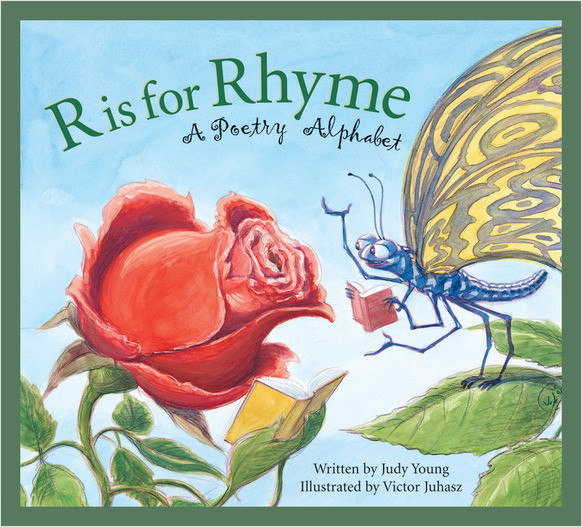 R is for Rhyme

Bring the magic of poetry to life with R is for Rhyme: A Poetry Alphabet. From acrostics and ballads to meter and metaphor, author and poet Judy Young has written a delightful collection of poems to illustrate poetic tools, terms and techniques. Each term or technique is demonstrated in an accompanying poem so readers can see the method at work. Whether haiku or rap, sonnets or cinquain, budding writers of all ages will be inspired to put their imaginations to work crafting their own poems.Judy Young remembers showing one of her poems to her grandmother when she was about 10 years old, and she has been in love with writing poetry ever since. Judy is the author of another Sleeping Bear Press book, S is for Show Me: A Missouri Alphabet. Judy lives with her family near Springfield, Missouri. Victor Juhasz's humorous illustrations and caricatures have been commissioned by such clients as Time, Newsweek, The New Yorker, Rolling Stone, and The New York Times. He is also the illustrator of the popular D is for Democracy: A Citizen's Alphabet. Victor lives and works in Stephentown, New York.

R is for Rhyme: A Poetry Alphabet - Teaching Guide