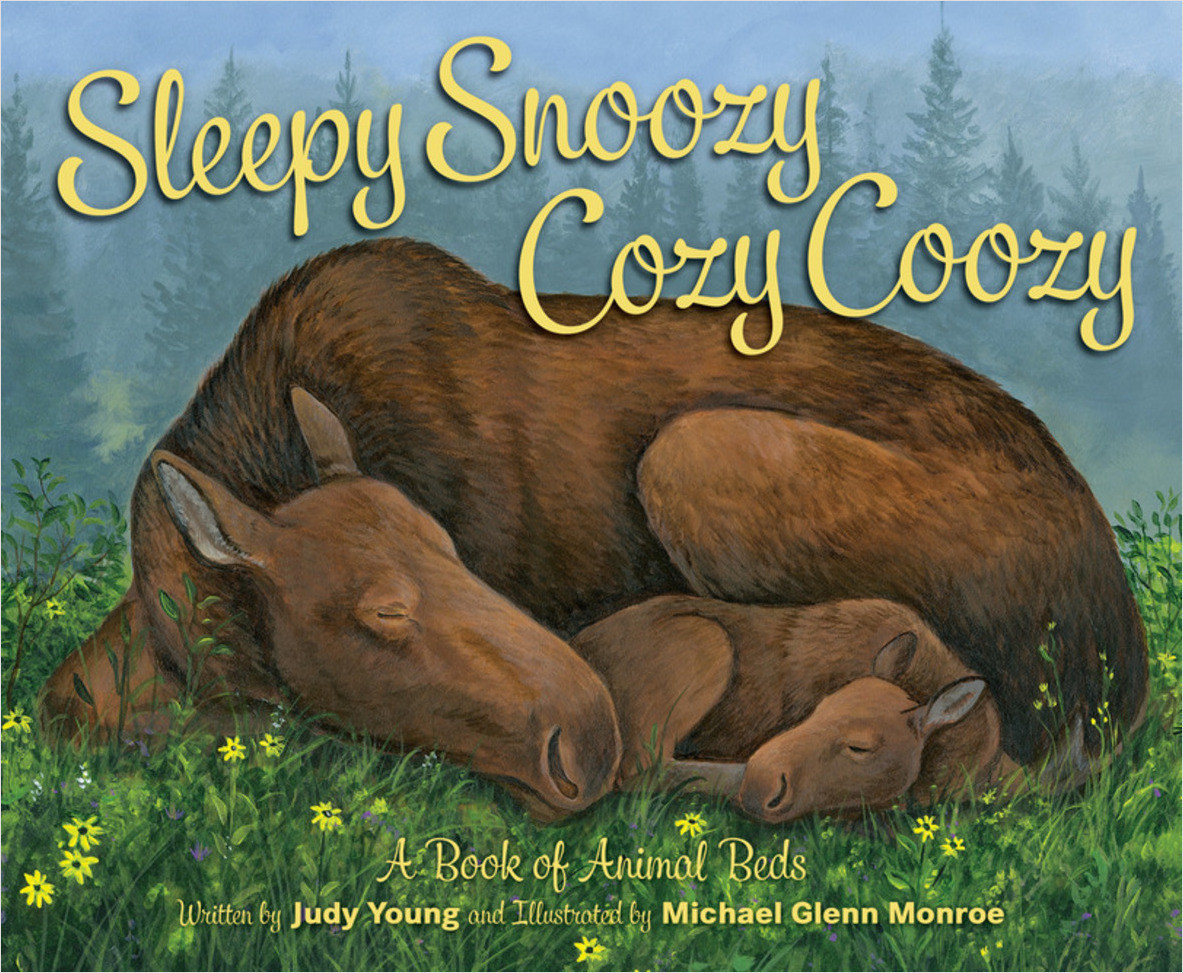 A Book of Animal Beds

Using a charming combination of poetry and prose, author Judy Young explains the bedtime habits of some common North American animals, including moles, moose, and beavers. Young readers will learn not only where certain animals make their beds but also how and why they sleep as they do. Each animal is introduced with a rhythmic singsong-y, tongue-twisting poem guaranteed to bring smiles and encourage reader participation. The accompanying expository text includes information about the animal's unique sleeping habits. Finally, at book's end, the reader is gently guided back to a soft cozy bed of her own.

The rhythmic poetry of this selection will have children asking for more as they learn about the sleeping habits of various North American animals, including eagles, moles, moose, alligators, and beavers. The expository text that accompanies each spread provides enough content to satisfy young students and encourage slightly older kids to do further research. Ending each entry with a question, the author asks readers to compare their own sleeping habits with those of the creatures covered. The soft, lifelike illustrations of slumbering beasts enhance the text. The final page depicts a child in bed with stuffed toys, making this offering a soothing bedtime story. VERDICT A solid read-aloud that may inspire some to seek out more information.