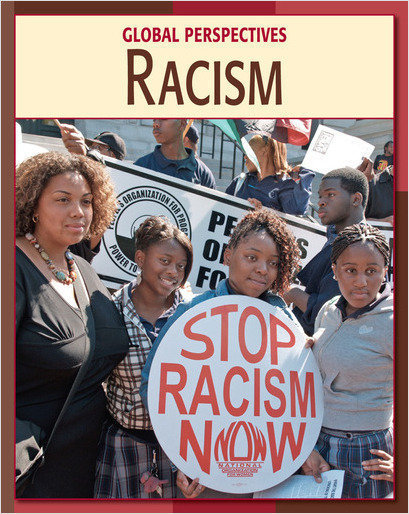 What is racism? Who is a racist? What are the causes of racism? Read this book to learn more about racism and what you can do to help foster tolerance, understanding, and acceptance in your community and the world.

Each book uses the context of an imaginary youth conference to bring together students from six or seven countries to talk about a cultural problem. Although the series title touts a “global” perspective, the texts are more “multi-viewpoint” than representative of the whole world. The uncluttered format includes straightforward, easy-to-read texts highlighted by full-color photographs depicting a variety of cultures. Poverty and Racism do the best jobs of presenting objective information. Racism discusses overt behavior as well as more subtle assumptions, such as lumping people together in groups without getting to know the individual. Although the students discuss various problems that women face in Women’s Rights, the viewpoint remains largely American in comparing the roles and expectations of women in other countries. The cultural and/or religious history of why some traditions are upheld is not explained. Loeb acknowledges educational methods from other countries. However, when discussing Native Americans, their physical abilities are emphasized over their intellectual ones, saying that the “Native Americans taught the explorers and colonists important hunting and survival techniques” and “Christian missionaries taught Native Americans new languages, new forms of art, and new customs.” These books would be useful for debates and class discussions when additional perspectives are needed. 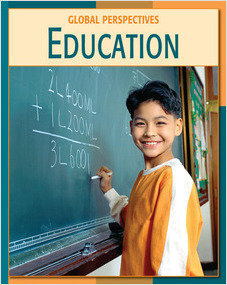